Charlene Carruthers, author and strategist, was a panelist at MIJE’s Converse & Convene dinner.

WASHINGTON, DC – With trust in the media still recovering from an all-time low in 2016, the Robert C. Maynard Institute for Journalism Education convened a group of journalists and other stakeholders Oct. 29 for a candid conversation about their roles in a democracy.

“We are all in our silos, and we cannot afford to be,” said Martin G. Reynolds, co-executive director of the Maynard Institute. “These three constituencies are vital to our society as those seeking media justice work to address inaccurate portrayals, net neutrality and media consolidation, while movement or issue activists seek to change our society through organizing and public protest — and all this as journalists seek to tell the stories of humanity and hold truth to power.”

A group of more than two-dozen attended the Oct. 29 “Converse & Convene” dinner, the first of two gatherings sponsored by a grant from the Nathan Cummings Foundation. Attendees included a diverse set of reporters, editors, educators, funders, activists and organizers. The event was fittingly held inside the Fourth Estate Room at the National Press Club and was facilitated by Keith Woods, NPR’s vice president of newsroom training and diversity.

The dinner’s aim was to facilitate a dialogue surrounding a shared goal of more inclusive journalism, contextualized and informed by the people who are often excluded from the conversation. Its intent was also to build relationships and foster communication between groups that oftentimes must collaborate to tell stories no one else will.

Trust and confidence in mass media has risen 13 points from a dismal low of 32 percent two years ago, but it’s still 27 points below its high-water mark from 1976, according to annual Gallup polls.

The role of journalism and journalists has changed over the last four decades. The traditional mold of journalists still exists, but present-day reporters are being undermined by an administration that dismisses critical coverage as “fake news” and casts them as “the enemy of the people.”

Even those who claim to be objective are under attack. President Donald Trump and the White House blame the fourth estate for an especially violent week in America that saw 11 people murdered in a synagogue, two African-Americans killed by a white supremacist and more than a dozen high-profile Democrats and donors targeted by a serial mail bomber who appears to be a fervent Trump supporter.

The blame game continues despite the fact that CNN has been sent suspicious packages in recent days and five people were gunned down at the Capital Gazette newsroom in Annapolis, Maryland, earlier this summer.

Dinner participants acknowledged the tension between each of their roles, and most agreed that a firewall should separate them. Veterans emphasized that the role of reporters is simply to tell the truth, a mission that sometimes upsets activists who struggle to have their stories shared or have their own ideas about how a story should look.

Reporters and editors made clear that while the end result may not always be ideal, they’re constantly fighting behind the scenes to produce under-covered stories and include language that’s often stripped away by copy editors who aren’t comfortable working through stories involving race and culture. 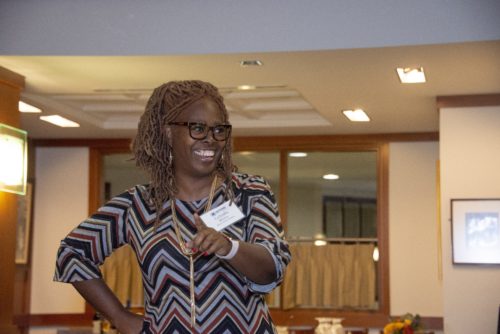 A split emerged when it came to bias among reporters. More experienced journalists upheld objectivity as a basic tenet of journalism, while others made the case for having bias and owning it — like the owners of television networks, TV stations and newspapers. As one millennial put it, having to choose between activism and journalism for her is like having to say whether she’s black or a woman: the two can’t be separated.

Activists said they want journalists to see how an imbalance in the foundation of journalism impacts their work, and they challenged the notion that there are only two sides to any story. LaTosha Brown, co-founder of Black Voters Matter, said people of color are often marginalized because stories have always been slanted in favor of the majority.

Brown took issue with the perceived value of a story and highlighted what she called the “sins of sensationalism,” the misconception that black readers only want to see sensational stories. She acknowledged that African-American reporters sometimes don’t want to be pigeonholed into covering the so-called “black” story but asked: “If you don’t take our stories, who’s gonna take our stories?”

“I’m not saying that there’s not other journalists that will, but there is a particular kind of framework and nuance and culture competency that you can capture,” she explained.

Editors noted that newsrooms respond to metrics. So one idea for activists to have a larger impact in media coverage is to promote the stories that do get told. High engagement and social media reach are data reporters and editors can point to when the higher-ups are wary of pursuing a particular story. 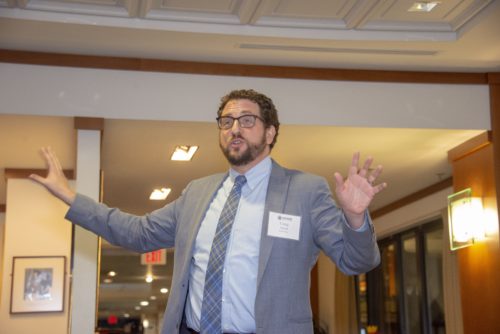 It’s also important that each constituency understands — and learns — what the others do, attendees said. Like journalists, organizers are also trained. They learn how to agitate and interact with systems to transform them but don’t necessarily seek media attention for their work.

“We are oftentimes taught as organizers to not organize for media attention and to be wary of journalists and that our work is not for the sake of being visible or for the sake of the sensational story or anything,” said Charlene Carruthers, an author and strategist. “It’s to drive forth a strategy to achieve a desired change.”

Critics said TV networks’ exclusion of journalists and freelancers who don’t get booked because they don’t work at mainstream publications like The New York Times or Washington Post limits exposure to and muzzles reporters at smaller organizations who are subject-matter experts on local issues and topics they cover. They also lamented that TV networks are dominated by commentary instead of news reporting.

Participants presented a lack of funding as another challenge to storytelling. It’s tough to organize without money, they said, and hard to generate exposure without the proper resources in newsrooms to dig into issues.

The solution to any of these problems is unclear, but attendees believe a step in the right direction is more collaboration with one another and more conversations with the communities they serve. The idea that all three constituencies are working for their respective communities is the common cause that unites them.

Said Woods: “If we have a common interest in the people and principles we serve, then there’s something to be gained from talking across these titles and understanding what we have to offer to one another and testing the boundaries of collaboration.”